Our upcoming ART Courses in UK 2015

Many practitioners dealing with soft tissue injury treatment, performance and/or prevention are finding their way to our courses around Europe. Our providers and instructors are regularly dealing with top athletes and helping them reaching their goal. Active Release Techniques is spreading around Europe, and practitioners are able to follow our course modules in 8 countries. We will be established in 10 countries by 2016 – offering more than 20 courses a year.

Our upcoming courses in UK this year: 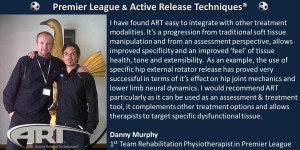 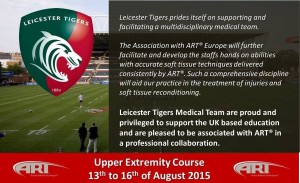 Check out our FULL COURSE SCHEDULE for Europe! 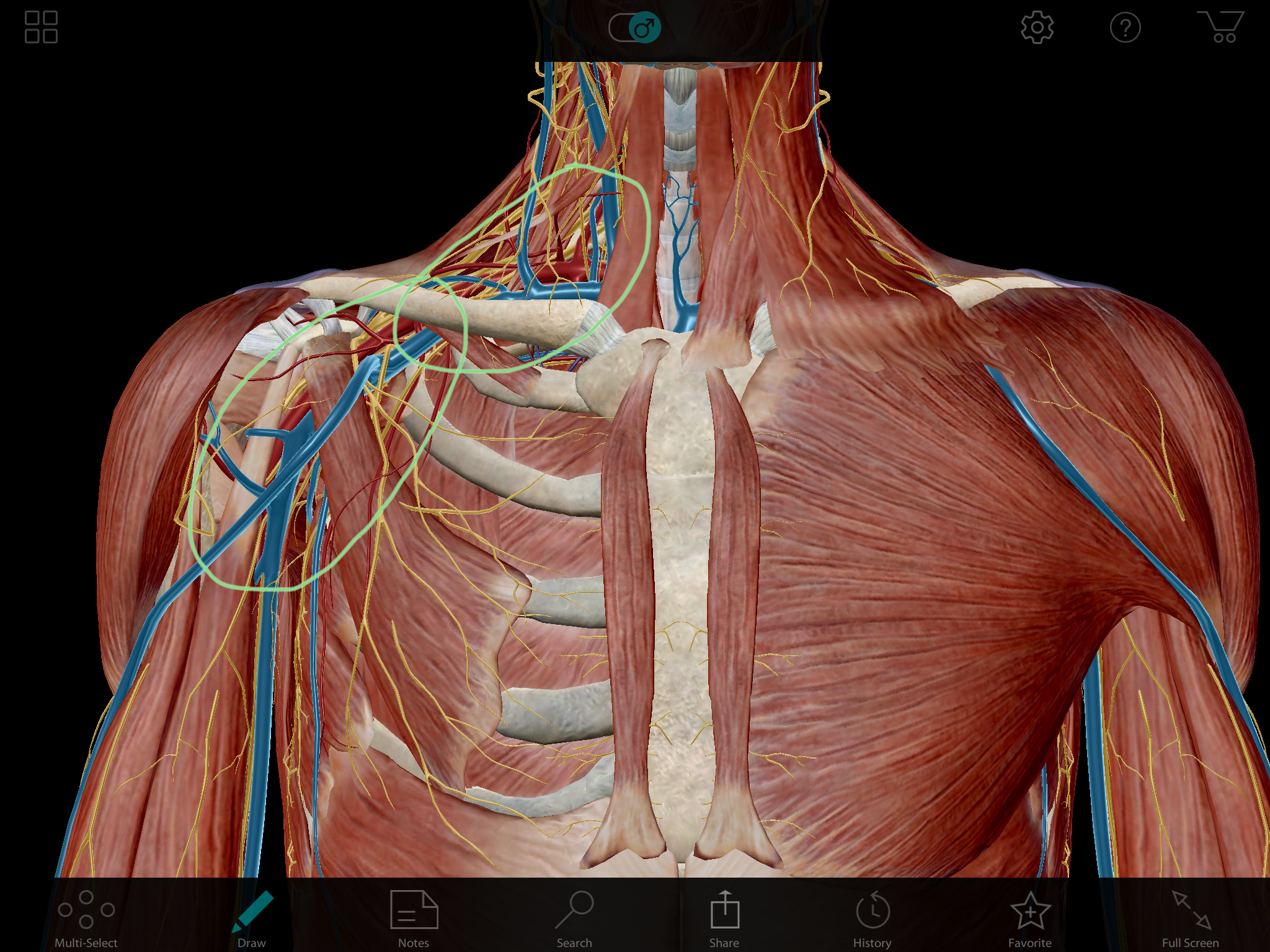 Female patient aged 46 with symptoms indicating Thoracic Outlet Syndrome and/or Carpal Tunnel Syndrome on both sides. Symptoms have been severe to mild and vice versa for more than 2 years. She has tried most forms of treatment without any results. Specialists were considering surgical intervention of the Transverse Carpal ligaments both sides for her problems. She works as an accountant and trains at the gym 2 to 3 times a week. She keeps busy with 3 kids and more…

Our initial examination indicated secondary compression on the plexus between her middle and anterior scalene, secondary tension/pressure/friction from the coracopectoral gate and along the neurovascular sleeve in the upper arm. Palpation and neurovascular tension tests for these structures reproduces/elevated the patient’s symptoms in the arms and hands. Median nerve tests by the flexors of the forearm did slightly reproduce symptoms, but not as distinct as for the earlier mentioned higher up the tracts. Test of breathing pattern indicating secondary breathing activation at rest, and slightly lesser activation of Diaphragm.

Active Release Treatment was performed 4 times over a period of 4 weeks, including specific gliding/flossing exercises for the particular tract involved. At the 5th visit, the patient explains that she has not experienced any of the symptoms since the last treatment.

Patient was given correcting breathing exercises and specific gliding exercises for maintenance after 5th visit. At the evaluation 3 months later patient had no complaints and she had not experience any setbacks during the period.

Saved from the knife. ART – When results matter!