Male golfer was told he had «Tennis elbow» and tendinitis by his GP. 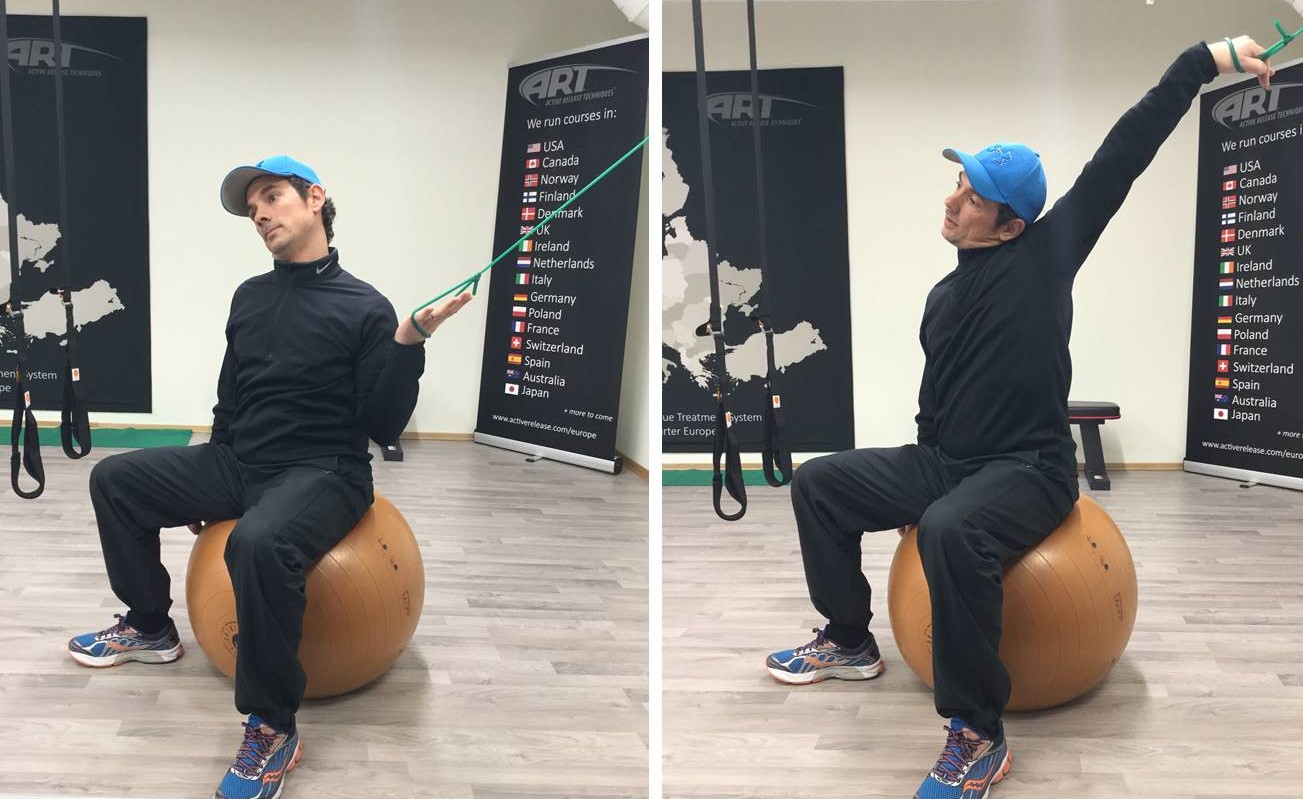 Male golfer aged 44 was told he had «Tennis elbow» and tendinitis by his GP. He was given NSAIDs. His symptoms were intense pain on the lateral side of the right elbow with some radiation distally on the extensor side of the forearm and superiorly along the lateral aspect of the arm. Pain starts as he starts to grasp, and gets worse after activity. Symptoms might be milder during the activity itself. He was a bit surprised with the definition of the problem. He has played golf for almost 30 years and he has previously had the same problem at more occasions. He knew that the tendinitis diagnose was wrong and he took contact with our clinic. He never started on the NSAID’s.

Examination indicated tight and overworked extensor muscles of the forearm. Patient was sensible to palpation along the radial nerve, more the deep branch than the superficial one. The radial nerve was sensitive and fired down the extensors when palpating the nerve along the intermuscular septum and between the radialis and brachioradialis. Forearm pronators and wrist flexors where also overworked, decreased range of motion, but not sensitive. Shoulder right side was limited in abduction, especially limited motion between the scapula and the humerus in abduction (triceps stretch). The tissues (triceps, teres major – lats) surrounding the radial nerve by the humerus (radial tunnel) were sensitive to palpation and we reproduced symptoms on the lateral side of the right forearm.

I indicated that the main problem could actually be the shoulder muscles compressing the nerve, thus making the tract (kinetic line) compensate and the antagonist to adjust thereafter.

We started to treat the shoulder structures mentioned with ART, and then moved over to increase the gliding potential of the radial nerve and decrease pressure in the shoulder. After 10 min. of ART treatment, we retested range of motion of shoulder, palpated extensors in the forearm and asked the patient to squeeze hard my hand.  Full range of motion of shoulder and the extensors of the forearm were lose and less sensitive. I provided the patient with specific dynamic exercises for the shoulder and the forearms + radial nerve gliding exercises.

After 2 treatments the pain symptoms were gone, function improved and he could train again. We continued treatment 2 more times for performance and prevention purposes.